The Undeniable Safety and Security of Concrete Domes 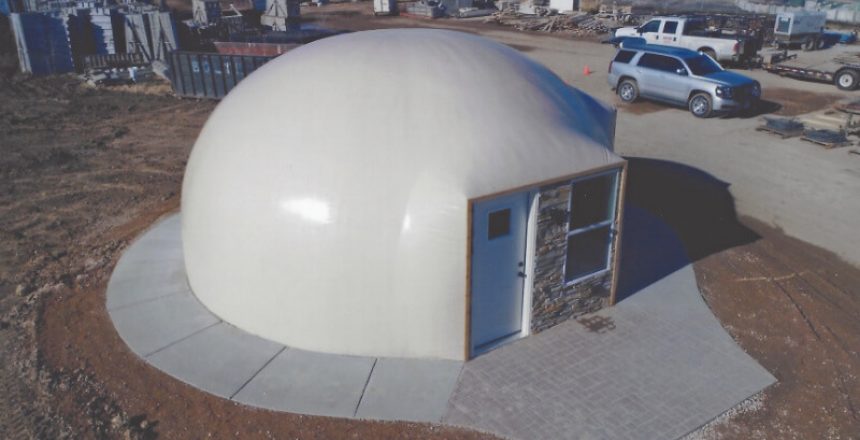 Concrete domes not only provide considerable cost savings in maintenance, utilities, and construction but offer inherent safety and security due to the methods used to build them.

How is a concrete dome made?

The anatomy of a concrete dome makes it surprisingly strong. When completed, the dome is six inches thick. It’s made of three inches of polyurethane and an additional three inches of reinforced concrete. This virtually unbreakable hull is energy efficient, cost-efficient, and low maintenance. It’s a popular construction choice among people seeking low-cost living or reliable safety and security.

The foundation for our domes is a concrete ring with rebar reinforcement and vertical bars to which the dome will attach. The size of the dome determines the spacing of the vertical bars.

A PVC-coated, nylon, or polyester fabric acts as the form for the dome. It’s a type of mold that sits on the concrete ring, inflated by fans. The fans will stay on throughout construction to maintain the shape and provide ventilation. Double airlock doors provide access to the interior.

Three inches of polyurethane foam is sprayed over the interior of the form. The foam will harden and be the base for the dome’s rebar system. It contains rebar “hangers” that secure the hoops in the next step. Pipes and wiring are laid between the form and concrete before the rebar goes in.

Rebar is used to reinforce the structure. Horizontal hoops and vertical bars are laid out in a latitude and longitude pattern. The larger the dome, the thicker and closer the bars should be.

Three inches of sprayable concrete cover the rebar system. When the dome is complete, the manufacturer will pour the concrete floor. Small domes might use a combo floor and ring foundation at the beginning.

A layer of plaster is applied to increase the longevity of your interior paint. Your walls can be flat or textured. When the plaster is dry, you can choose any interior paint color you prefer.

Why is concrete safer?

Why is concrete safer than a structure made from multiple pieces, such as conventional structures? It’s about aerodynamics and shock absorption, depending on the threat. When it comes to wind, tornadoes, and hurricanes, concrete shelters are safer because most of the surface is smooth and curved, leaving little for the wind to put pressure on. Instead, it moves easily around the structure. When it comes to blasts, bullets, and direct impacts, a concrete dome can disperse and absorb the shock rapidly throughout its body. When seams and gaps prevent dispersal, a structural element is more likely to take damage. As for flooding and biohazards, you can’t beat an airtight, concrete structure.

What does it mean to be approved by FEMA? FEMA is the Federal Emergency Management Agency. Its job is to support citizens in disaster preparation, response, and recovery. Part of helping people prepare for disasters is assessing the “safe room.” Safe rooms are structures that function as shelters in case of a disaster.

To be considered a safe room, a structure must meet FEMA’s standards for “near-absolute protection.” Concrete domes made using the KingDomes process meet those standards. They’re proven against tornadoes, earthquakes, hurricanes, fire, termites, rot, and most human-made disasters. 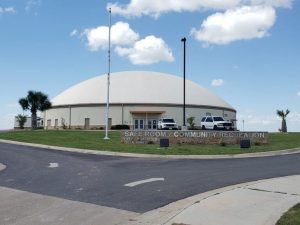 There are examples of dome shelters all over the country. Mercedes, Texas, constructed a dome in 2015 to protect the community against tornados and hurricanes. City Manager Richard Garcia says the shelter can withstand winds of 200 mph. When it’s not being used as a shelter, it’s a gym, learning center, computer center, and conference space.

A tornado struck Moore, Oklahoma, in 2013, causing massive damage. A small dome shelter was the only structure left standing in one neighborhood. It was untouched. 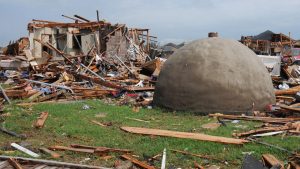 Delaware State Park dedicated a new safe room in 2019 as a tornado shelter. With this shelter, people enjoying the park can retreat to safety when disaster strikes. 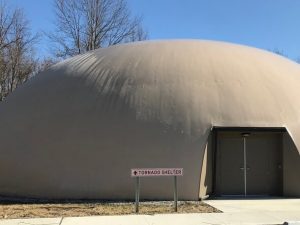 Do concrete domes protect against violence?

Domes can protect against deliberate attacks like crime, war, and terrorism. They can withstand gunfire, explosions, direct impacts, and other violence. After World War II, there were reports that the “thin-shell dome structures” in Germany withstood bombings better than any other type of construction. In many cases, bombs ricocheted off the domes, and the ensuing blasts did not bring them down.

The domes have been evaluated against close-range gunfire and direct-fire weapons. The round shape dispersed the force rapidly, so no penetration was achieved. They’re even safe against biological warfare because they’re airtight. They protect from gas, radiation, and biohazards. When there’s no threat of attack, the vacuum created by the bathroom, kitchen, and dryer vents is enough to keep the home filled with fresh air.

Are there any vulnerabilities?

Let’s talk windows. Concrete domes are customized to suit the owner’s needs and vision. If you’re worried about the vulnerability of windows, you don’t have to have any. However, most people want their homes to look like homes. That means having windows. It’s important to remember that FEMA approves these domes as having “near-absolute protection” with windows if the windows are impact resistant.

Cost-saving begins during construction and continues throughout the life of the house. Domes use half the materials needed for traditional homes, some as little as a quarter. Utilities and maintenance costs are lower than conventional architecture. Solar power is often used for domes because the occupants want to be self-sufficient and keep costs down.

A five-year study was done in 2016 of a 50-foot, 3,000 square foot dome house. It showed cost savings of more than $2,500 compared to the average home in that region. The dome also powered a two-car garage and pump house. Most domes will pay for themselves in less than 20 years.

Outside noise has a tough time getting through the airtight shell. It’s like the difference between a standard model and a luxury model car. The serenity is a favorite feature among owners who want to get away from the high activity level outside.

How long will a concrete dome last?

Concrete domes have incredible longevity. We see this in a lot of Roman architecture that’s still standing today. They can last for centuries, even while being neglected because both the cement and the polyurethane have no known lifespan. According to the Army Corp of Engineers, polyurethane that is not exposed to sunlight won’t weaken over time. Cement made with Portland cement is equally strong.

Want to see a concrete dome home for yourself?

If you haven’t seen many dome homes in person, you might not know the level of customization that’s possible from an experienced contractor like KingDome Builders. To see for yourself, schedule a tour of our demo dome, in Sioux Falls, South Dakota. You’ll be surprised by how beautiful and unique these simple yet incredibly strong structures can be. 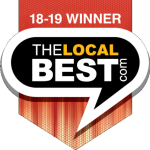